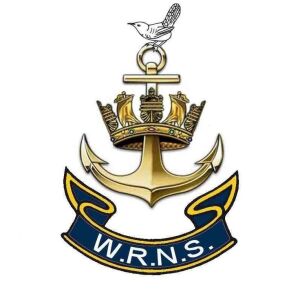 Stella Hart was a dedicated teacher and guided many young students to success.  She attended school in Stirling, Scotland and was very proud of her Scottish heritage.  Stella served seven years with the UK Women’s Royal Naval Service (WRNS) and later earned her teaching degree from the Brighton College of Education.  She went on to teach in both England and at the NATO Dependents School in the Netherlands.  After seven years there she met and married Colonel Albert (Al) Hart, USAF, who was with the NATO AFCENT headquarters.  He was originally from Alma Center, Wisconsin.  Their marriage was in Brunssum, the Netherlands 46 years ago.  After becoming a US citizen and while living in Nevada, she taught ESL and stained glass for the University of Nevada, Las Vegas, creating commissioned stained glass windows for select customers.

Stella and Al lived in California, Nevada, Utah, and Alabama before retiring to the Tryon Estates community in Columbus, NC in 2010.  Her favorite vacation homes were in Duck Creek, Utah and Dauphin Island, Alabama. She traveled extensively visiting more than 45 countries on six continents. While living at Tryon Estates she was very active in her support for the Laurel Lake Music Society and The House of Flags.  Her many friends remember her as a kind, helpful and dedicated lady.

Surviving her are her husband Al of Columbus NC, a sister Moira (Mike) Snair in England, a nephew, William H. (Jeannine) Bauman of Virginia, MN, many nieces, nephews and cousins in England, Australia and the US; and a host of friends.

She was preceded in death by her mother and father, George and Ivy Greenhorn, as well as siblings Sheena Wylie, Hilda Brothers and Ian Greenhorn.

The memorial service will be held at 2:00 p.m. on Friday, November 19, 2021at the Tryon Estates Chapel in Columbus, North Carolina.

To send flowers to the family or plant a tree in memory of Stella J. (Greenhorn) Hart, please visit our floral store.